Nothin’ Shakin’ but the Leaves on the Trees 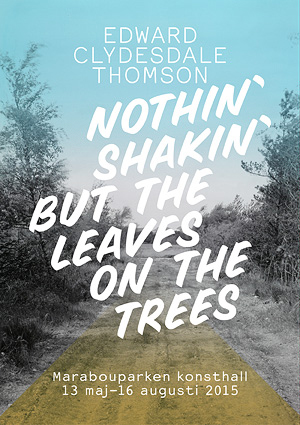 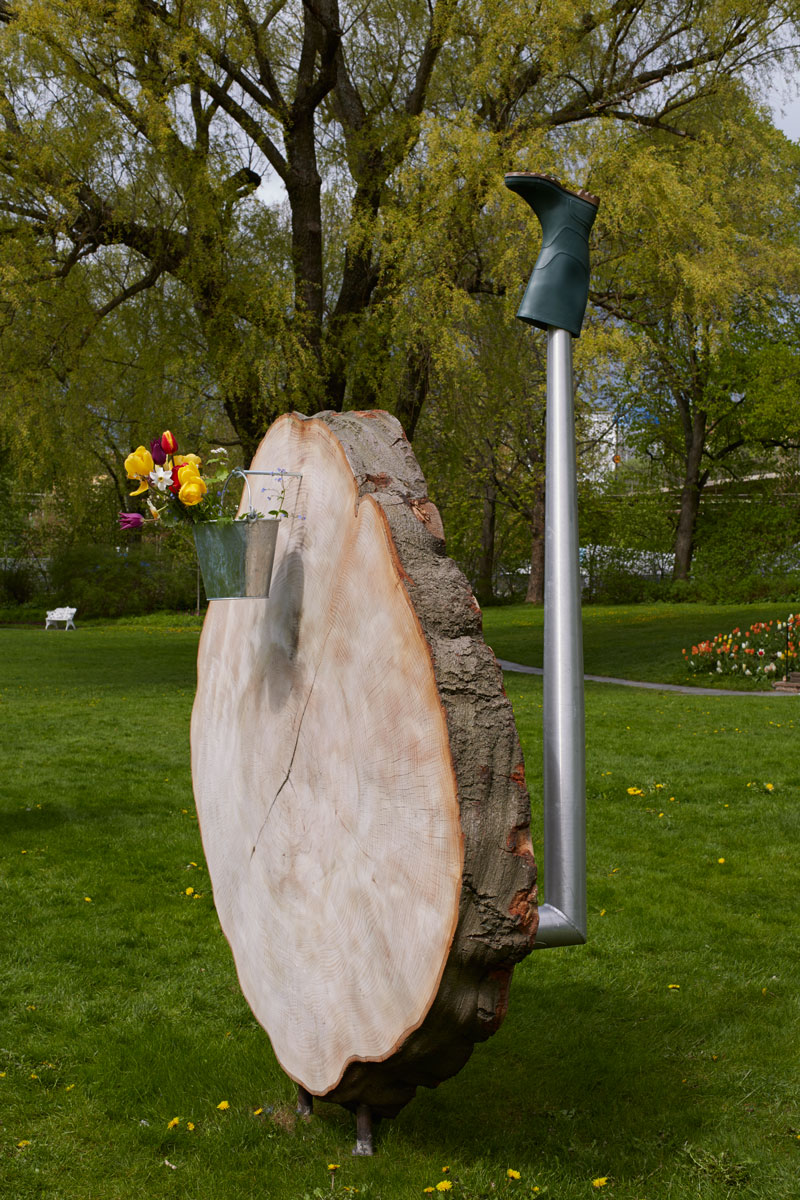 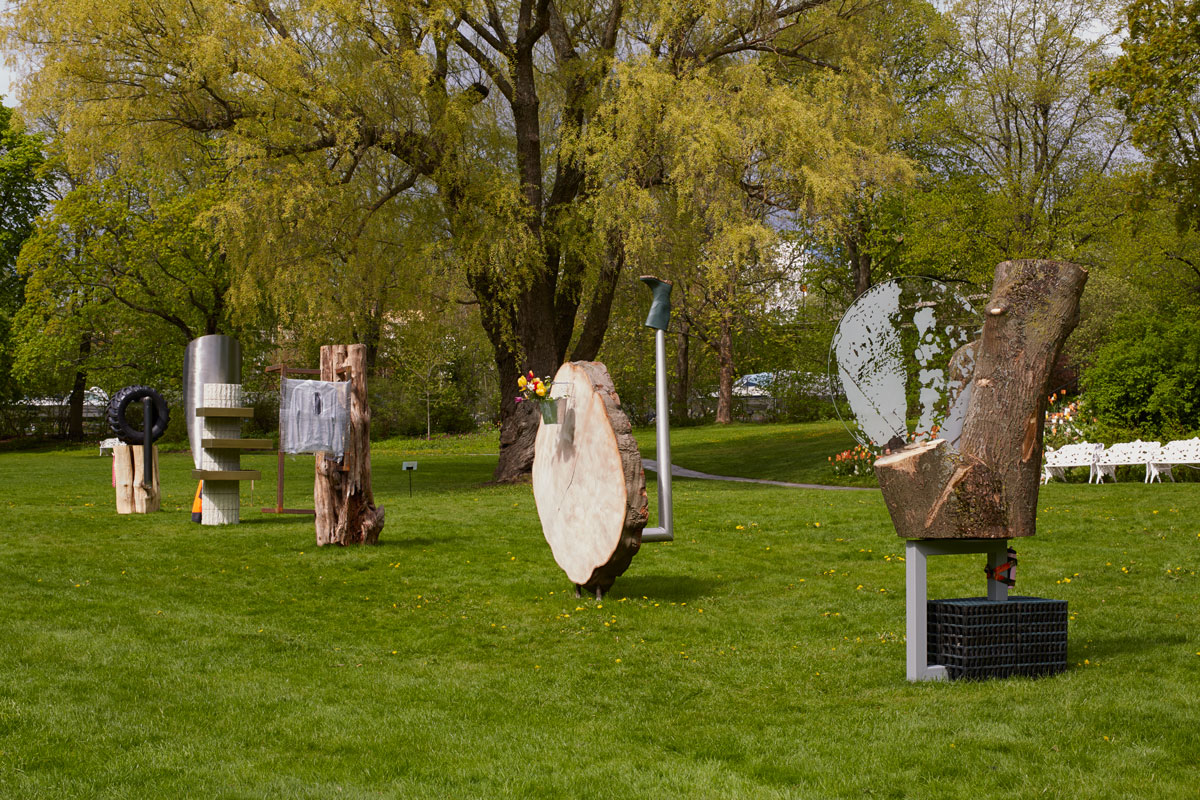 On the large grass lawn of Marabouparken five sculptures bear references of historical forest use and the industrial-scale growing of spruces. Thomson’s sculptures speak of the different roles the trees in the forests have played in Swedish culture as timber, capital and cultural environment. This work, commissioned for Marabouparken, is also reflection on the nature of the park itself. Marabouparken was laid out to give the illusion of a naturally emerged oasis – a place for physical and spiritual recreation that would also create a strong sense of connection to the company and thus further loyalty and productivity. This is where the ideology about Marabouparken and the Swedish forest start to overlap – as models of belief and productivity.