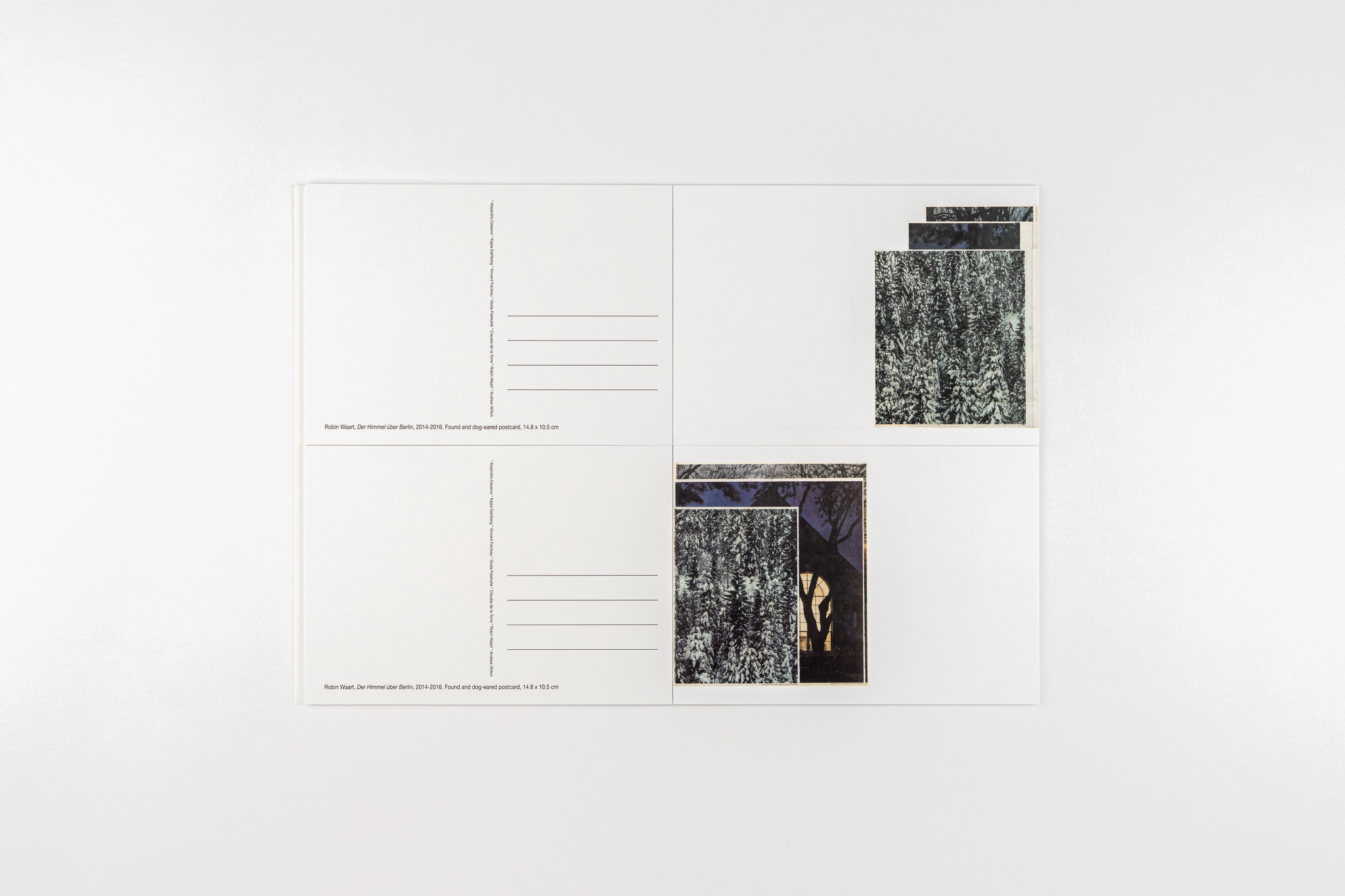 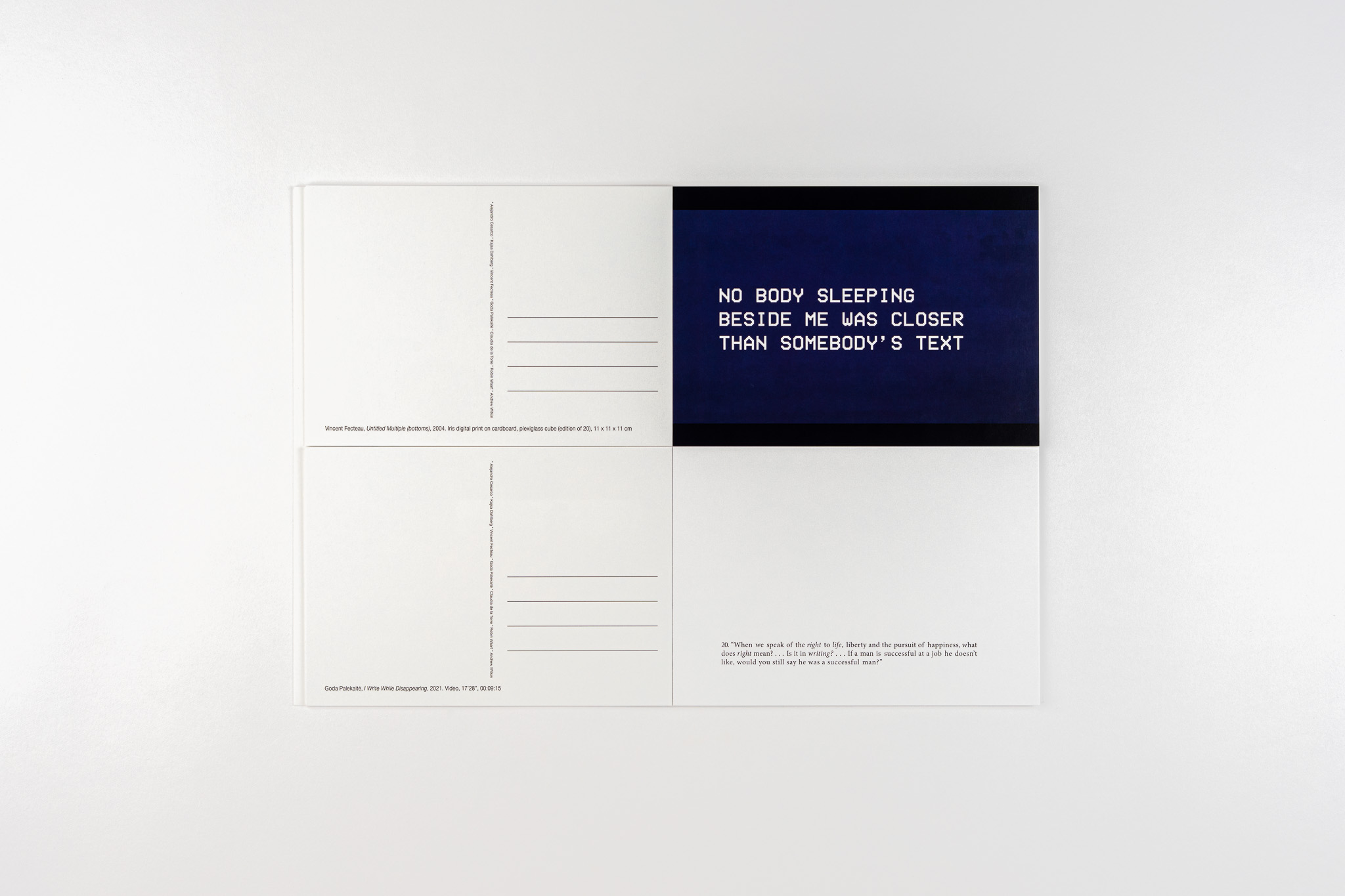 Footnotes I have never seen

Published on the occasion of eponymous group exhibition at Beletage in Zurich (January-March 2022), Footnotes I have never seen contains a set of sixteen postcards by each of the artists participating in the show: as two doubles, two halves, top and bottom, the one relating to the other - layed out in such a way that by flipping through (or removing one), the other cards will touch in new constellations.

Conceived from a love for the footnote, the postcard book is framed by a newly written and an already existing text, starting with the footnote apparatus that was used for For, after, to and because at Rongwrong and Rozenstraat in Amsterdam (June-July 2021) and ending on a list of publications in the reading room and across the show, as a note to the exhibition itself that remains when all the cards have been sent away.